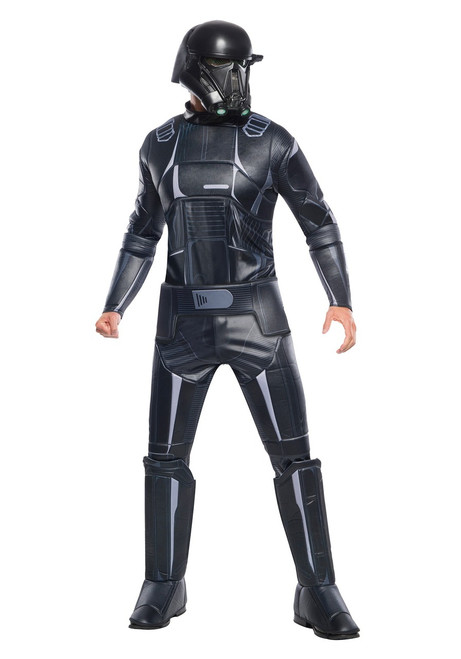 Bring out your dark-side with this deluxe Death Troopers costume from the Star Wars: Rogue One film. Death Troopers are an elite form of Imperial Intelligence and wear black armor in contrast to the white armor of Storm Troopers.

This Rogue One, Death Trooper costume features a padded bodysuit secured at the back of the neck with Velcro and comes with attached boot covers. The suit is detailed with a graphic print of the uniform and quilted stitching to emphasize a 3-dimensional look. The boot covers have elastic straps that are attached with Velcro under the shoes. A stiff foam belt is included and also features printed graphics.  The plastic 3D-molded helmet comes in two pieces and is attached at the sides to cover the head front and back.