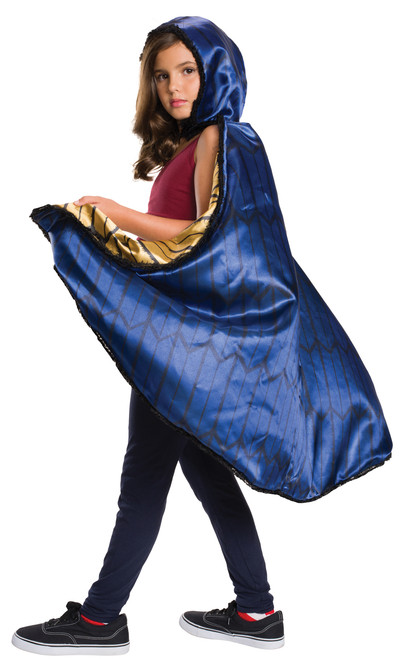 Join the battle with Batman and Superman with this great, officially licensed, kids Wonder Woman cape!

The Wonder Woman cape is a dark blue satin and a gold satin on the other. Both sides have a pattern on them that looks like the end of an arrow with fuzzy lines. It also features a hood that slips up over the head. It is attached in the front with velcro.

This Wonder Woman cape is a great addition to the Batman V Superman: Dawn of Justice Wonder Woman costume. Also great for a little extra warmth for Halloween, school or just having fun playing dress up!