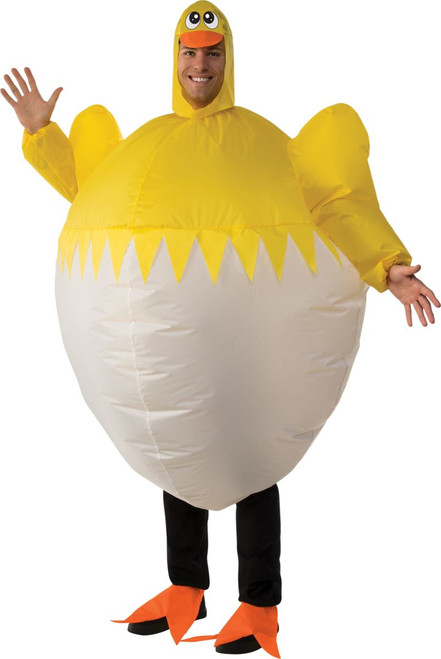 Chirp! As a newborn chick you may be a little clumsy and unsure of yourself -- just make sure to give yourself space as you head out in the Inflatable Hatchling Chick Costume! This costume becomes inflated one on the body through the use of a battery operated fan that does the magic! The inflatable jumpsuit consists of yellow fabric on the upper half creating the head, beak, and wings of the chick. The bottom half of the jumpsuit is white creating part of the shell with jagged edges where the chick is coming through. Orange boot-covers and included which match the chicks beak on the hood of the jumpsuit. The Inflatable Hatchling Chick Costume is great for those wanting to bring humor and laughs to their party. Great for Halloween parties, dress up events, and even birthdays!