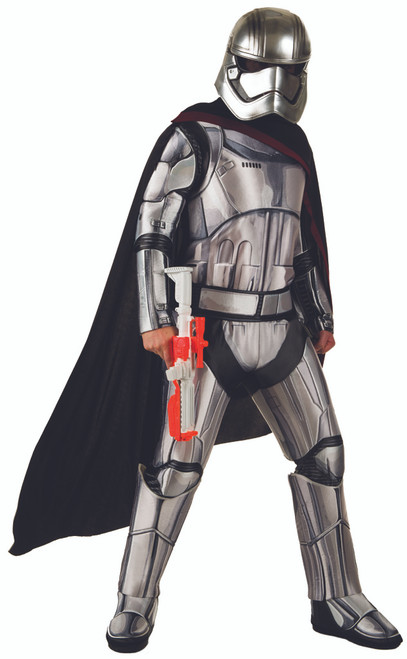 Clad in distinctive silver armour Captain Phasma is the commander of the First Order’s legion of Troopers in the new movie Star Wars: The Force Awakens.

You are sure to impress in this great Adult Captain Phasma costume from Star Wars: The Force Awakens. This costume is great for Halloween, comic conventions, or wearing to the movie premiere! Pair this great costume with some of our other great Star Wars costumes like a Stormtrooper or Kylo Ren.