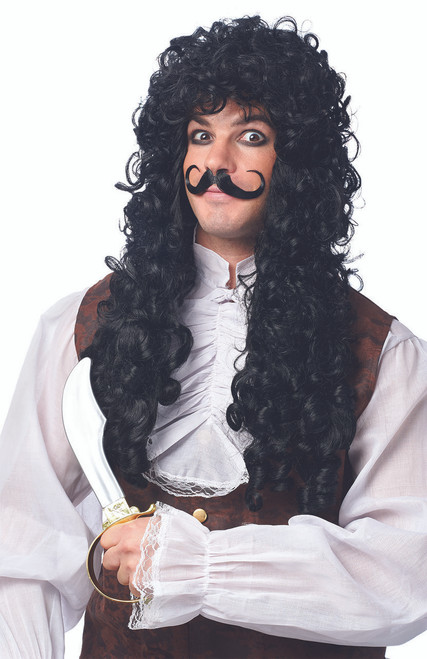 this dashing Captain Hook Costume Wig to commemorate the halcyon days of a pirate's youth, before some accursed crocodile or wayward cutlass robbed him of his fresh face and 'extra' limbs. He cuts quite a figure, doesn't he? If those dark curls were just a little more orderly, he could probably pass for an officer in the Royal Navy. But that hint of chaos (and the faint scent of spiced rum) lets everyone know that he's a bit of a loose cannon!