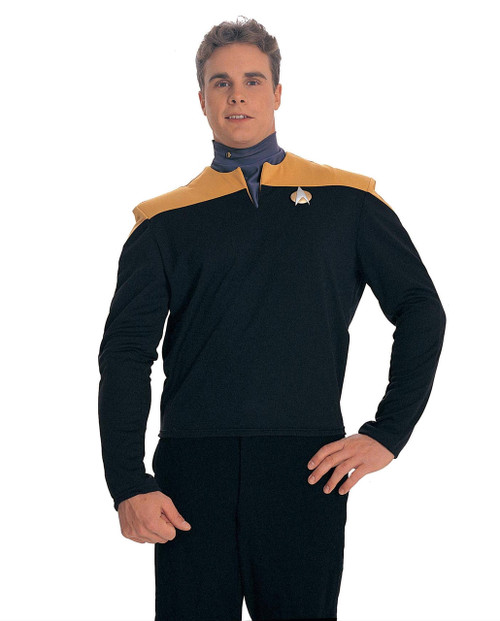 The shirt is black and the shoulders and neck and deep yellow. The shoulders of the shirt are lightly padded. The neck of the shirt has a v-shape like split in it. There is a dark periwinkle dickey that sits underneath the shirt for the collar. The costume includes a communicator pin and rank pips that can be attached to the shirt. A guide is included with the pips to show different rankings.