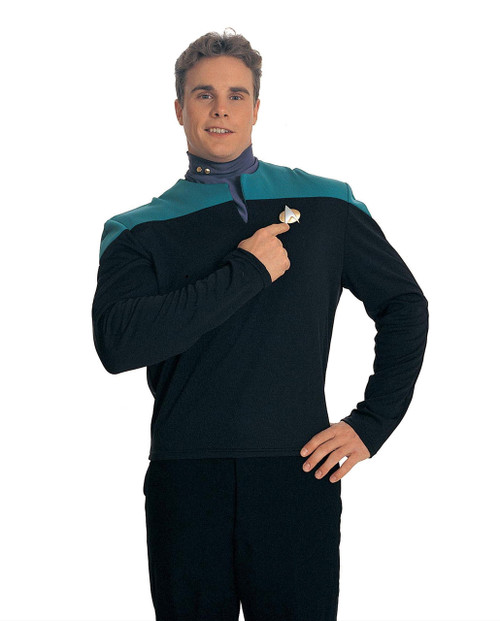 Take on the galaxy as part of the crew of the space station Deep Space Nine. This is an officially licensed Star Trek: Deep Space Nine costume shirt.

The shirt is black with teal at the shoulders and collar. The shirt has padded shoulders and a slight v-shape split at the collar. A purple dickey rests under the shirt to give the illusion of an undershirt. Also included is a Star Trek communicator badge, and rank pips with instructions on how to make the costume: a midshipman, Ensign, Lieutenant Junior Grade, Lieutenant, Commander or Captain.

This is a great costume for fans of the Star Trek series. It is perfect for Halloween, sci-fi themed parties, or comic and Star Trek conventions. Pair this costume with some of our other great Star Trek costumes for a great group costume theme.