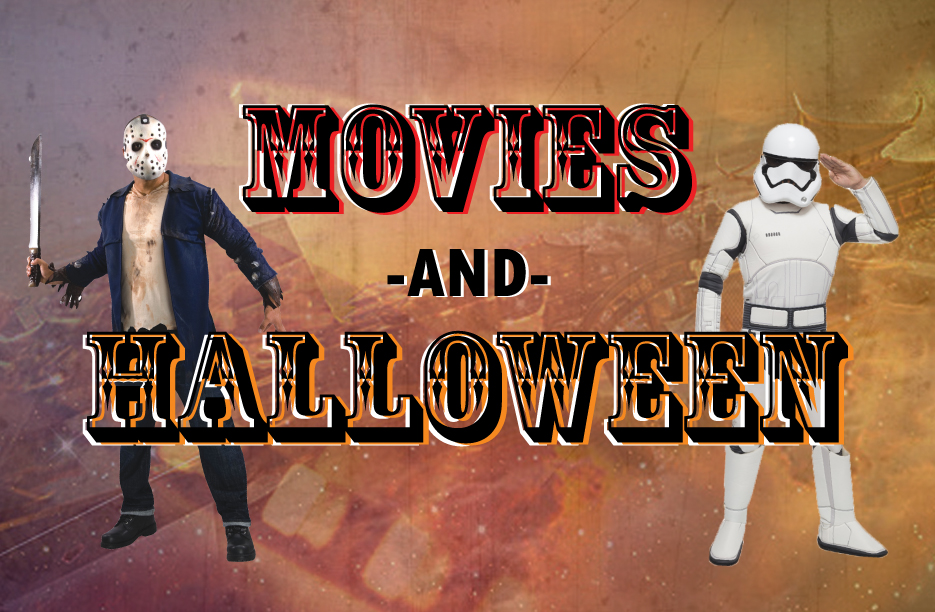 Throughout the history of Halloween, going back a century or more, among costumes there have always been a few standards that we all recognize witches,skeletons,ghosts,clowns,knights,devils or pirates, plus a few others. These icons have been with us for ages, a collection of roles that reach far back into our collective conscious. Some reflect our darkest nightmares.

But in the last hundred years, our tastes for horror and for dressing up have witnessed

many changes. It began slowly at first. As horror literature and science fiction was translated to film, we found universal images for new roles:  Dracula, Frankenstein's monster, the Werewolf and the Invisible Man, among others. These took hold of our fascination and, as the movies changed we changed along with them.

With the rise of television, in the post-war period, we saw new stories. We found images in the movies for soldiers, doctors, cops and cowboys … and spacemen of course. A whole new groundswell of costume ideas found their ways into the lexicon, which rose and grew throughout the 1950s, 60s and 70s.

But with the 1970s, a new groundswell began, far below the radar of the ordinary Halloweener. In the mainstream, comic book heroes began to make their mark, the list of which is recognizable to everyone today … but an underground movement was brewing that would turn the costume world and it's head and expand the wearing of costumes far beyond a single night in October.

Cosplaying had originated in America as early as the 1930s, with increasingly larger conventions to celebrate costume wearing. By the early 1970s, fanzines, comic companies, scream queens and photographers were remaking costume history.

With the explosion of fandom that begin with the release of the  Rocky Horror Picture Show in 1975, audience audience members dressed as characters from the movie with obsessive commitment – often every night for years at a time, as the decade ended.

At the same time, a different group of dedicated groupies, calling

themselves “Trekkies,” began to gather with greater and greater frequency, with love for the Original  Star Trek series that had been canceled in 1969. The fervor of these fans would, within a decade, drive Hollywood to relaunch the classic series, the first example of costume-conscious players to force a change in movie making.

It worked because Hollywood was looking for anything that would look like a blockbuster.  Star Wars, and then Indiana Jones, changed the industry – and dedicated fans were making their own costumes based on the movies before pre-made versions were launched. In fact, all through the decade that followed, the costume industry struggled to find its footing with the staggering rush of possible costume ideas that the public began to demand.

Quietly, a few filmmakers making low-budget independent movies were changing the way we would see horror. Amidst the growing lexicon of movies, Halloween exploded on the scene, followed by  Friday the 13th and other slasher films. Franchises were born and trick-or-treaters wearing hockey masks and carrying blunt instruments of every kind mushroomed. Along with Indy's hat and Luke's light-saber, the costume wearing universe had found a whole new level.

To keep up, the costume industry had to change. More and more demand for movie costumes, along with sources from comics, TV, books … and then video games, which was another level still, pushed manufactured costume demands to the absolute limit.

And what a limit! Every new exciting blockbuster or television series creates yet a new overwhelming demand for new costumes of every imaginable form. With satellite television, Netflix, direct to video and gorilla in the room, the Internet, we are literally adding hundreds of fresh costume ideas to the pile every single year.

None of this scares us, however. Here at the Costume Shoppe, we are making Halloween, and the whole year round, push the very envelope of costume availability. It's a wild ride every October and we are on top of it! It's a ride we love. That's why we have 15,000 costumes and 6,000 accessories available for purchase, covering hundreds of genres, from the smallest kids to adults. We have costumes for pets! We're the largest costume shop in Western Canada and we have the most.

We've gotten here by meeting the challenge and then going a step further. We're pleased and passionate and proud of what we do. Yet this isn't the finish line. There's only the future, as we grow bigger and better to meet it head on.