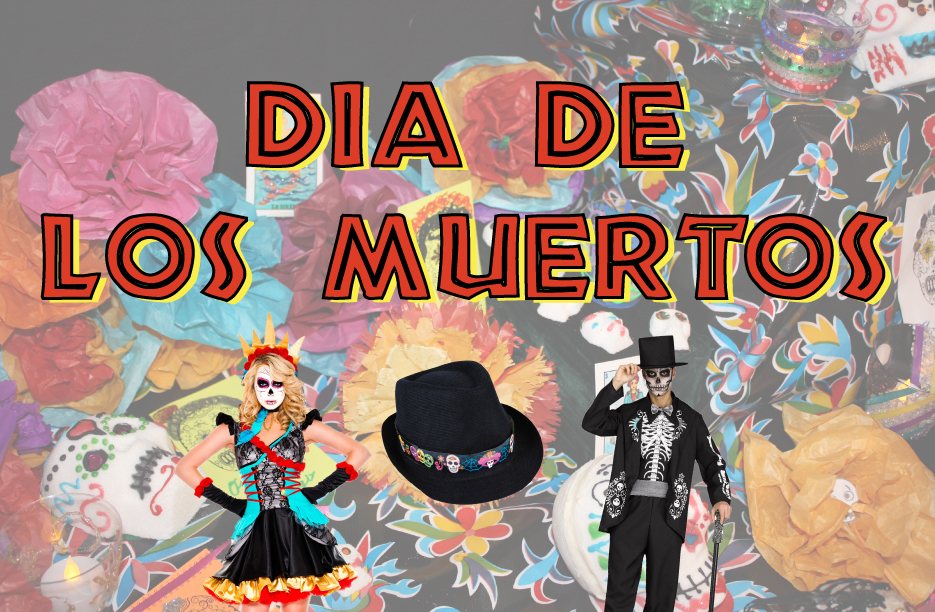 As a cultural quirk of the country, Mexico has always had a close relationship with death, something that culminates 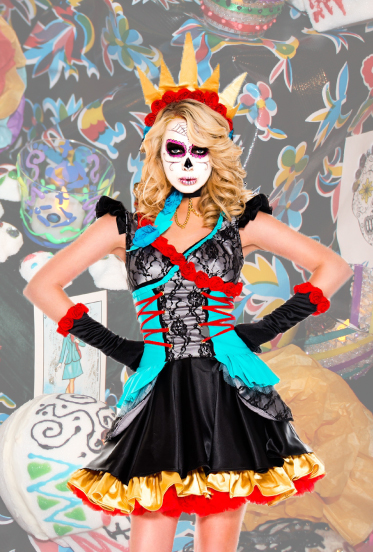 every year in various festivals throughout the country. The most famous, however, is the Dias de Muertos, in English the Day of the Dead, a festival that is gaining interest and promise in other parts of the West.

The Day of the Dead is celebrated in Mexico from the afternoon of October 31st (and in some provinces even earlier), until November the 2nd. The festival is marked by costumes, treats and decorations, all associated with a visit of the dead from their usual places in the afterlife. 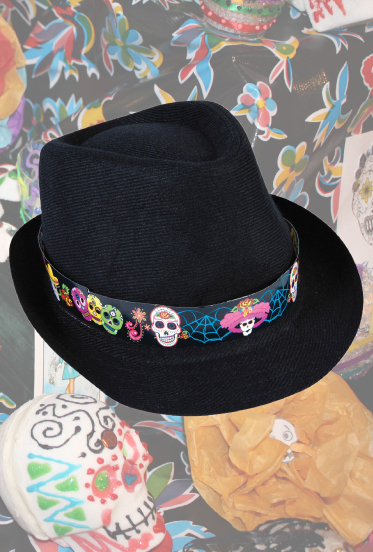 he celebration is not a time for mourning, but rather of celebration and joy. It predates the arrival of the Spanish, so that many of the themes of the festival originate with the Aztecs and other pre-Columbian cultures of Central America. However, the Catholic Church made it their own and today the festival is an amalgam of cultures reaching back a thousand years. In one sense, it revolves around the Catholic festival of All Saints Day, but it also coincides with the end of the harvest season, which held great importance to the original Mexicans.

The most important motif of the festival is indubitably the skull, which can be seen in costumes and as paintings on the faces of the celebrants, as well as represented in foods and paper-mache figures. Skulls of sugar, chocolate and marzipan, often bearing the names of the dead, are quite common. Deadbread, a sweet roll made from anise, baked into different figures and shapes (including skulls and human bones), are enriched with sprinkled sugar and offered as tributes to the dead.

Apartments and streets throughout the festival are beautifully decorated with flowers, candles and colorful symbols of death, with thousands of skulls, spiders and even paintings of flowers. The most popular flower of the festival is the Cempasuchi, a large brilliant orange flower that can be seen everywhere. Marigolds and chrysanthemums are also very popular, for it is believed that the deceased can best recognize the colors yellow and orange, and thus find their 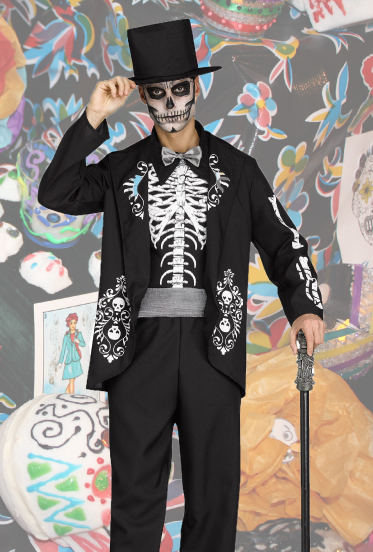 way back to the land of the living.

Everything during the festival, people are dressing up in costumes. Skull make-up is extremely popular, with many people becoming experts at applying sugar skull patterns and face-painting to themselves and their peers. Floral pieces are also very popular, as are face concealing masks.

Costume wearing encourages the celebration of those who have passed away, thought to be visiting through the Day of the Dead festival. Costumes include skeletons, black dresses and suits, the sort that the dead would be buried in … and mixed among these are death shrouds in every color of the rainbow, festooned with flowers, as well as colorful patterns and clothing. Some dress up as a tribute to admired and beloved ancestors, while others enjoy the anonymity of being part of a huge festival, while keeping their identity a secret.

With the end of the festival, the dead spirits return to their home in the afterlife, while the living return to their own everyday tasks. But the festival is never far from their hearts, and every year there is excitement and much preparation being made for the next three-day event.